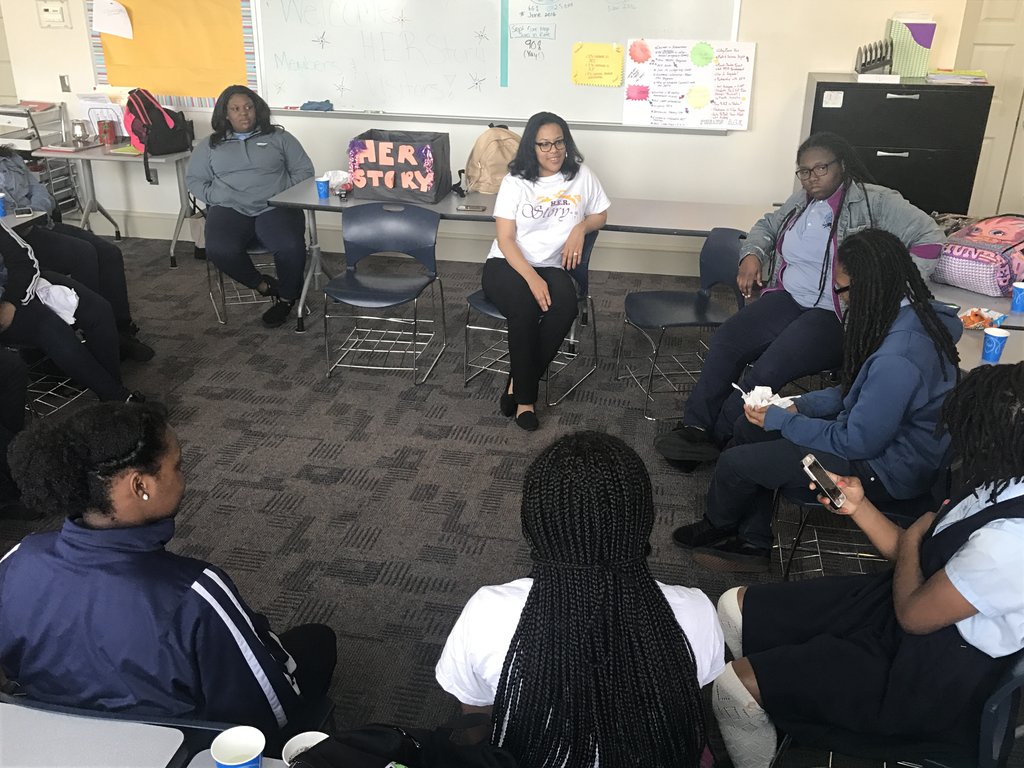 Niciera Armor was starting to take her classes more seriously. That was her “rose.” But she was also letting little things get to her, which stoked her anger and drove her to fight to control her anger. That was her “thorn.”

Armor shared her week’s highlights and struggles with a group of 12 other girls at Phelps Architecture, Construction and Engineering High School in Northeast D.C. during a recent meeting in April.

The group, known as H.E.R. Story, is an after-school club where girls meet once a week to discuss how they are feeling, how they are doing in school and how things are going at home. They sometimes study together, plan community service events and share snacks and juice.

Shayla Stafford, the school’s instructional coach, started H.E.R Story, which stands for Helping Empower Regalness, about four years ago. She saw the need for a space where girls could come together and talk freely and support one another.

“When I was in 9th grade, I was shy and rarely opened up,” said Jasmine Gibson, a senior who has been in the group for four years. “Now I am more open. I started to love myself, and I am able to talk to people without being scared.”

Beginning this summer, the D.C. Public Schools plans to create support groups similar to H.E.R story in schools across the district as part of an initiative to boost academic achievement for girls of color.

Like many urban school systems, the District’s has struggled to raise graduation rates and test scores for students of color. School systems across the country have spent millions on initiatives, particularly for black males, that aim to provide unique programs to keep students in school and boost academics.

But boys aren’t the only ones who are struggling.

At Phelps, a school located in the District’s Langston neighborhood just west of the Anacostia River, the girls talk about being more engaged in school, seeking support from their peers and wanting to give back to their community.

The school is an application high school, meaning it enrolls students from across the city. It has a focus on engineering, construction and architecture. About 96 percent of its 300 students are black and all of them come from low-income families.

At a recent meeting, the girls discussed an upcoming conference they want to put together to raise awareness about teen girls who run away from home and who are sometimes victims of sex trafficking. The Phelps girls also discussed their week’s highlights and struggles. Some of the freshmen girls said they were proud that they were doing better in class. 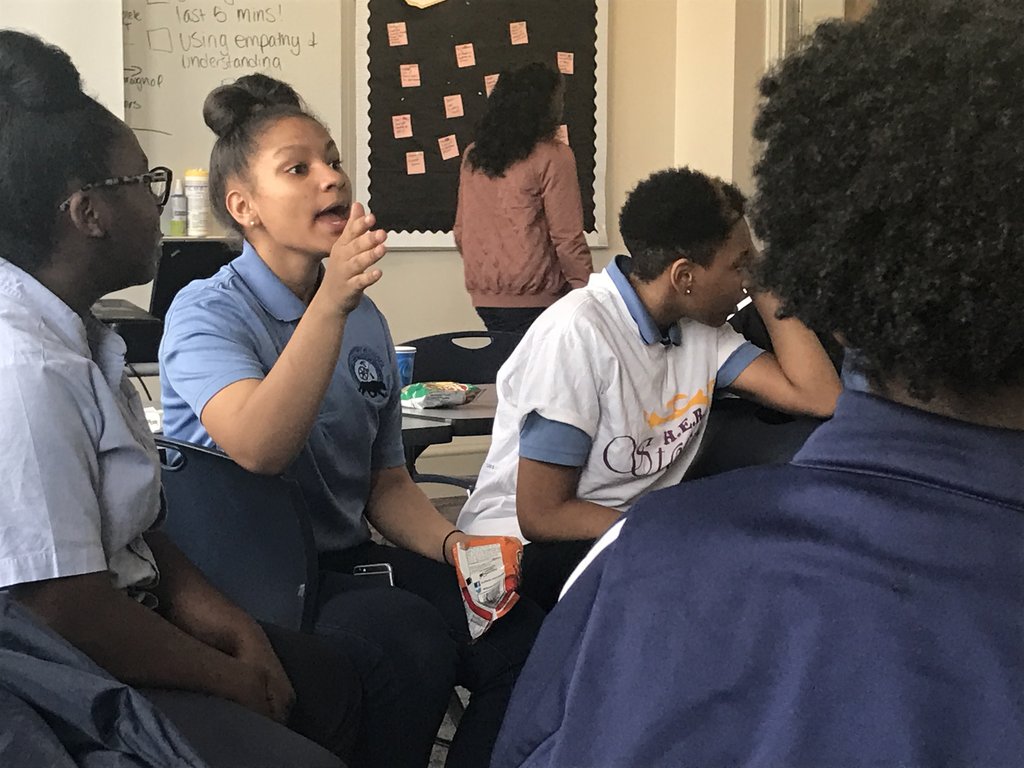 Photo by Alejandra Wasem / Niciera Armor talks about her week’s rose and thorn.

“First and second quarter, I was just sleeping,” said Armor, a freshman. “Fourth quarter, I opened my eyes a lot, and I am taking it seriously.”

Her peers snapped their fingers in approval.

“I have to stop that because I know my attitude isn’t going to get me anywhere,” Armor said.

One of her peers chimed in.

“It’s always about self-discipline,” she said. “People can constantly tell you to fix yourself, but you are not going to fix yourself until you want to be fixed.”

Voyttina Savoy, a senior, suggested Armor walk away from those types of situations before things escalate.

“If I know my attitude is bad, I am not going to put myself in a situation where, the moment I see something I don’t like, I am going to go south,” Savoy said.

After the meeting, the group’s five seniors and Stafford discussed how they were going to celebrate their upcoming graduation. The girls wanted to take a day trip to Ocean City. Stafford was reluctant, but also admitted she wanted to go all out for these girls.

“I need to pray, and I need to raise some money,” Stafford joked.

Most of the seniors had been in H.E.R Story since they were freshman. All of them had applied and been accepted to college, a first in their families.
In between the back-and-forth discussion about the beach trip, Stafford paused to give the girls a warning.

“You know what we need to focus on: the summer before college,” Stafford said.

There is this thing called the “summer meltdown,” Stafford told the girls. It happens when students who get into college start working during the summer, and then don’t end up going to school.

“You guys are going to have send me a text when you sent in your deposit, and when you move into your dorm,” Stafford told the girls.

No one said a word.

“Hello,” Stafford said, looking around the room. “Why did it go quiet?”

Stafford said they must go to college, even if she has to drive the girls to campus and help them move in.

Kumar speaks about the generation gap and how he is not worried about the youth.